Chic of the Week :: Luke Aaron at Boston Fashion Week 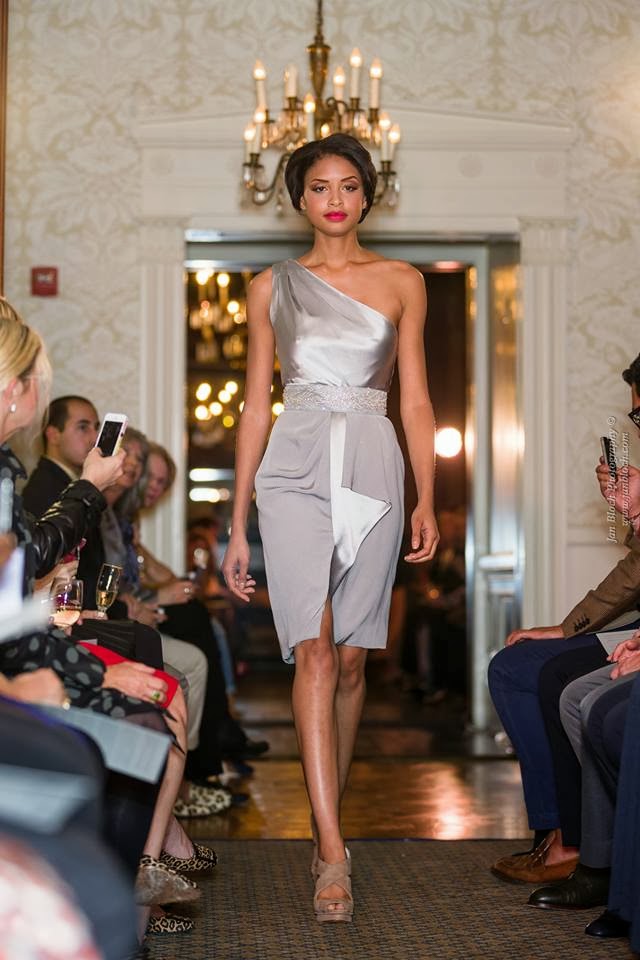 I want to be Luke Aaron‘s Barbie doll — plain and simple. He’s one of the few emerging designers who really get it. And by “it,” I mean the modern woman’s pursuit of classic style. Don’t get me wrong, I love trends from the avant-garde runway just like the next fashion enthusiast and glossy magazine reader. But often times I just want to walk into a showroom or the turn the pages of a lookbook and completely fall in love. With Luke Aaron, I can do that. He draws for the modern-day Audrey Hepburn, Grace Kelly and Jacqueline Kennedy Onassis.

A native of Boise, Idaho, Aaron began designing costumes for theater productions while studying at Tufts University. Following graduation, he went on to the Yale School of Drama where he honed his expertise in garment design and immersed himself into fashion history. He worked with award-winning costumiers in New York City before returning to Boston to launch the Luke Aaron brand.

In 2011, Aaron opened his first workshop on Fleet Street in Boston’s North End, a neighborhood offering him a rich connection to the past. “It feels quite European in the way that there is a sense of discovery – coming across small shops on side streets,” he said.

Aaron draws inspiration from literature, art, history and nature. He has long synthesized the magic of storytelling with the artistry of style. Aaron’s Spring/Summer 2014 collection at Boston Fashion Week was an awe-inspiring blend of soft draping and crisp tailoring. “Spring’s muse is the dashing adventurer. In the romantic tradition of Kipling and Stevenson, looks combine the rugged appeal of utilitarian workwear with the soft draping and ornate embellishment of far-off lands,” Aaron said.

Models took to the runway at the Union Club of Boston in layers of semi-sheer fabrics and rich textures. Brilliant gems, courtesy of Chic to Chic, illuminated the likes of organza, taffeta and twill. Silk bodices adorned in metal appliqué added glamour, while cropped jackets paired with trim pants radiated a refined look to the already coveted collection. “I am seeing the more relaxed gaucho silhouette and a lot of white.” Aaron said of what’s trending this season and next spring.

There is so much to love about Aaron’s Spring/Summer 2014 line. Like his romantic approach to clothing, I’ve been experiencing my own fantasy with his entire collection, but particularly with a silver satin stunner (pictured above and below). As an admirer of grey and one-shoulder garments, it was truly love at first sight and a dress that will grace my silhouette. Bravo Luke Aaron! 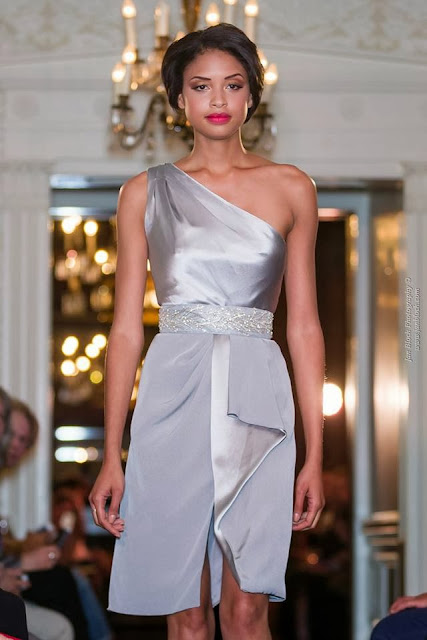 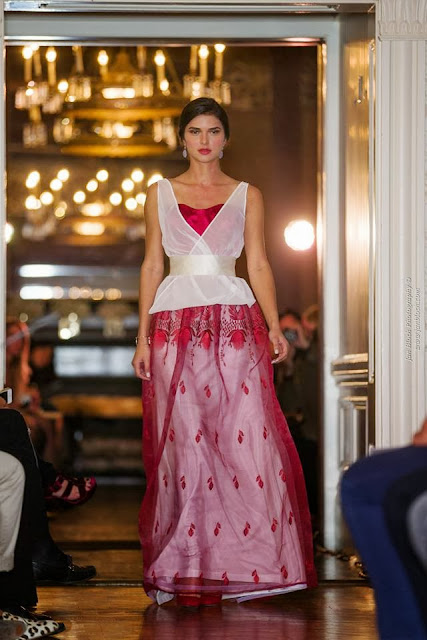 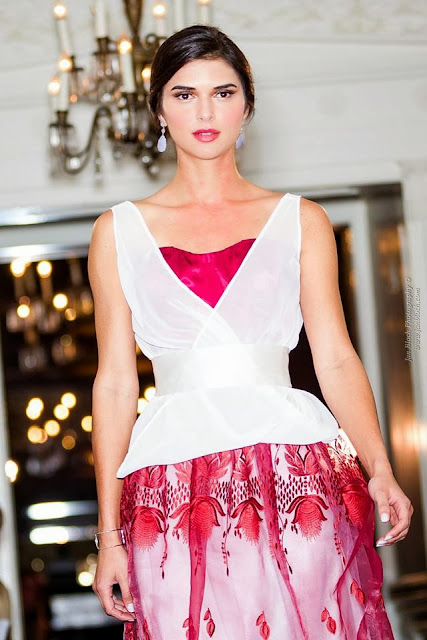 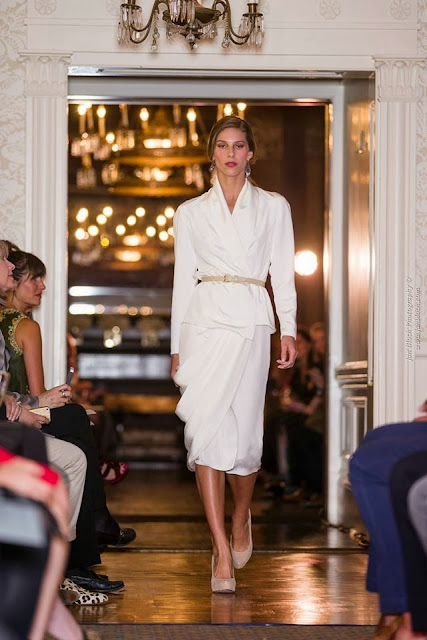 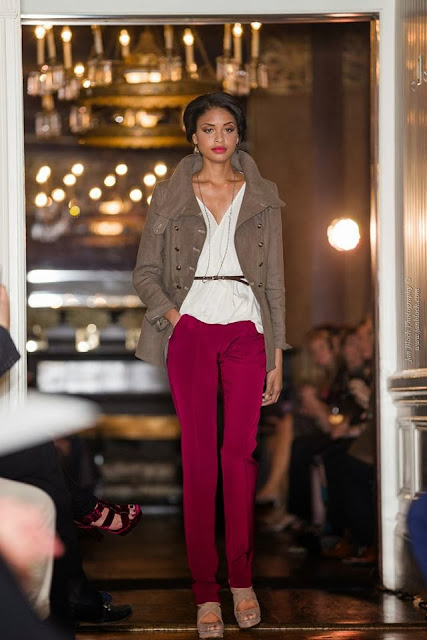 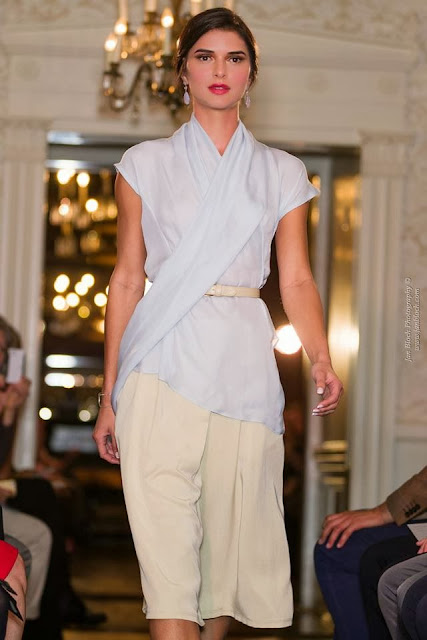 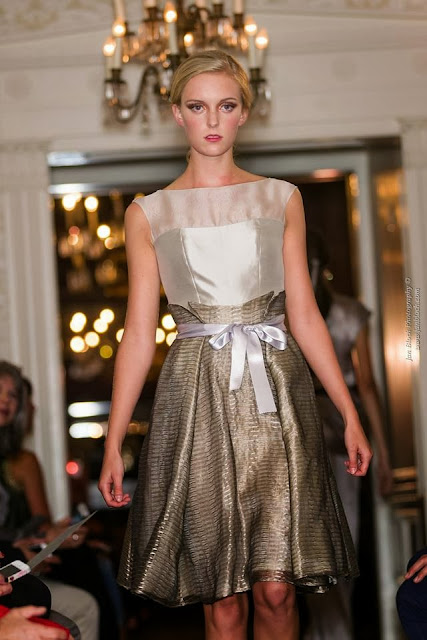 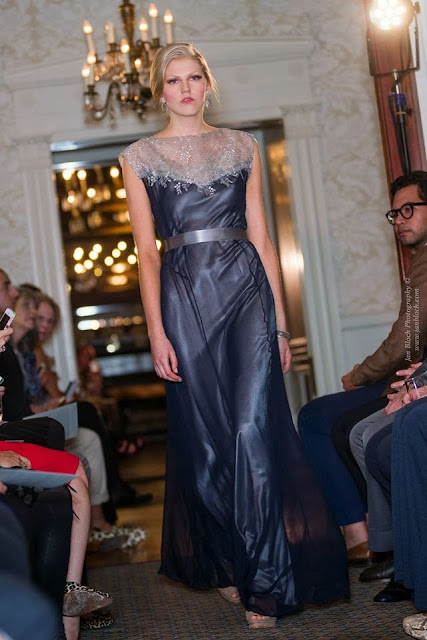 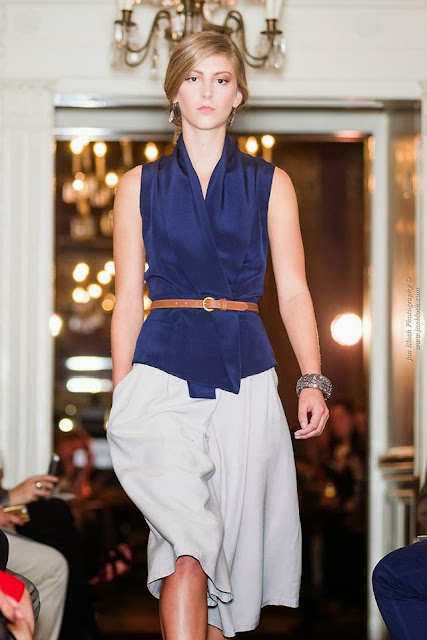 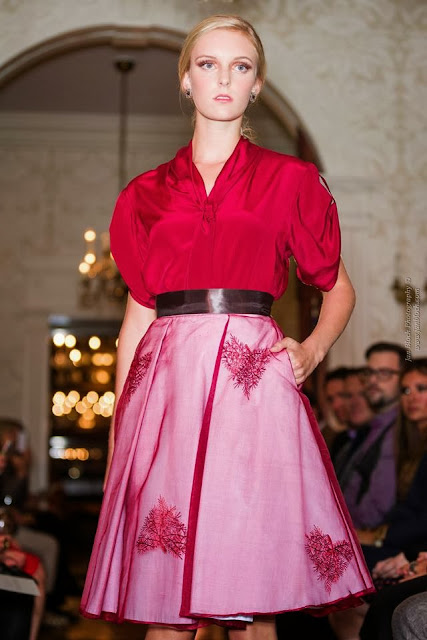 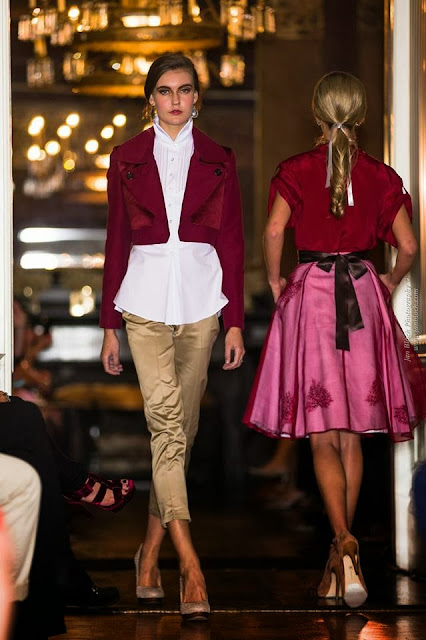 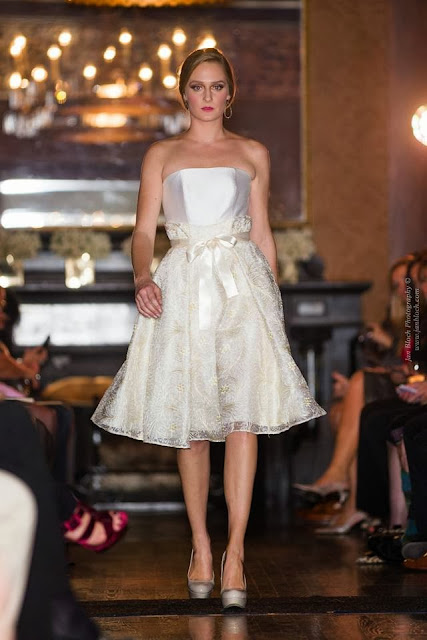 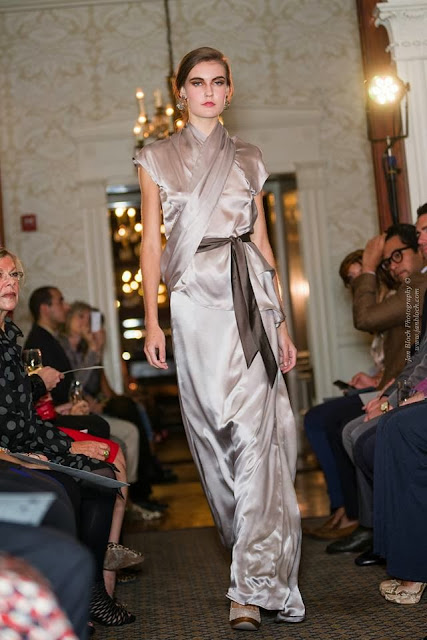 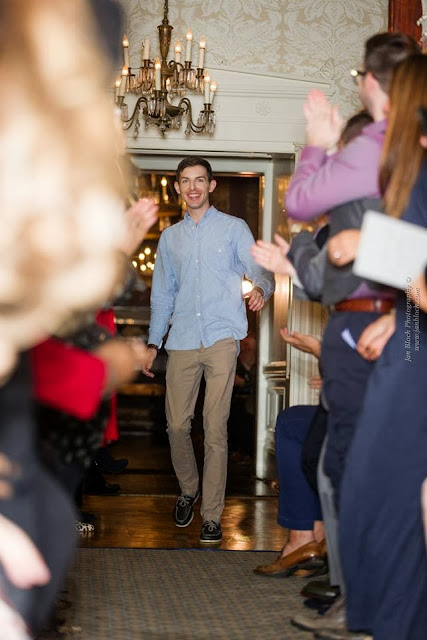 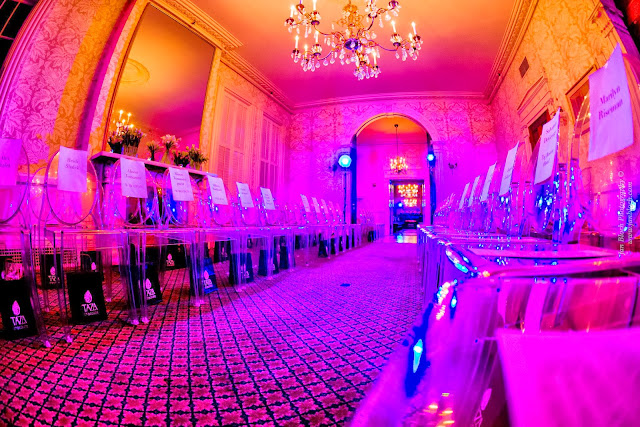 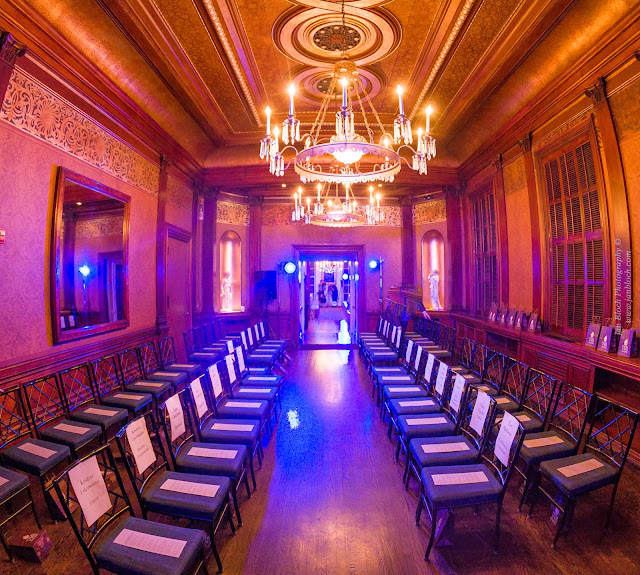 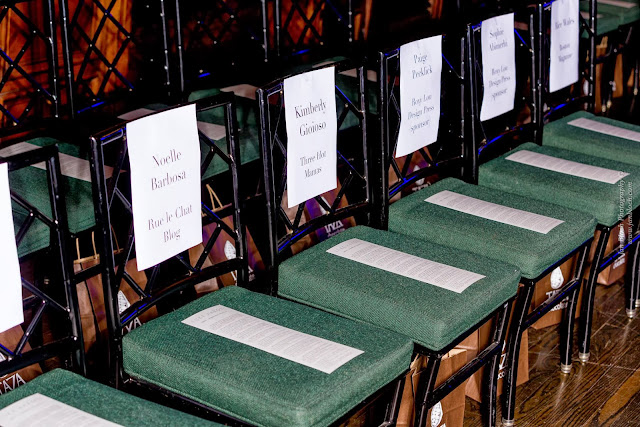