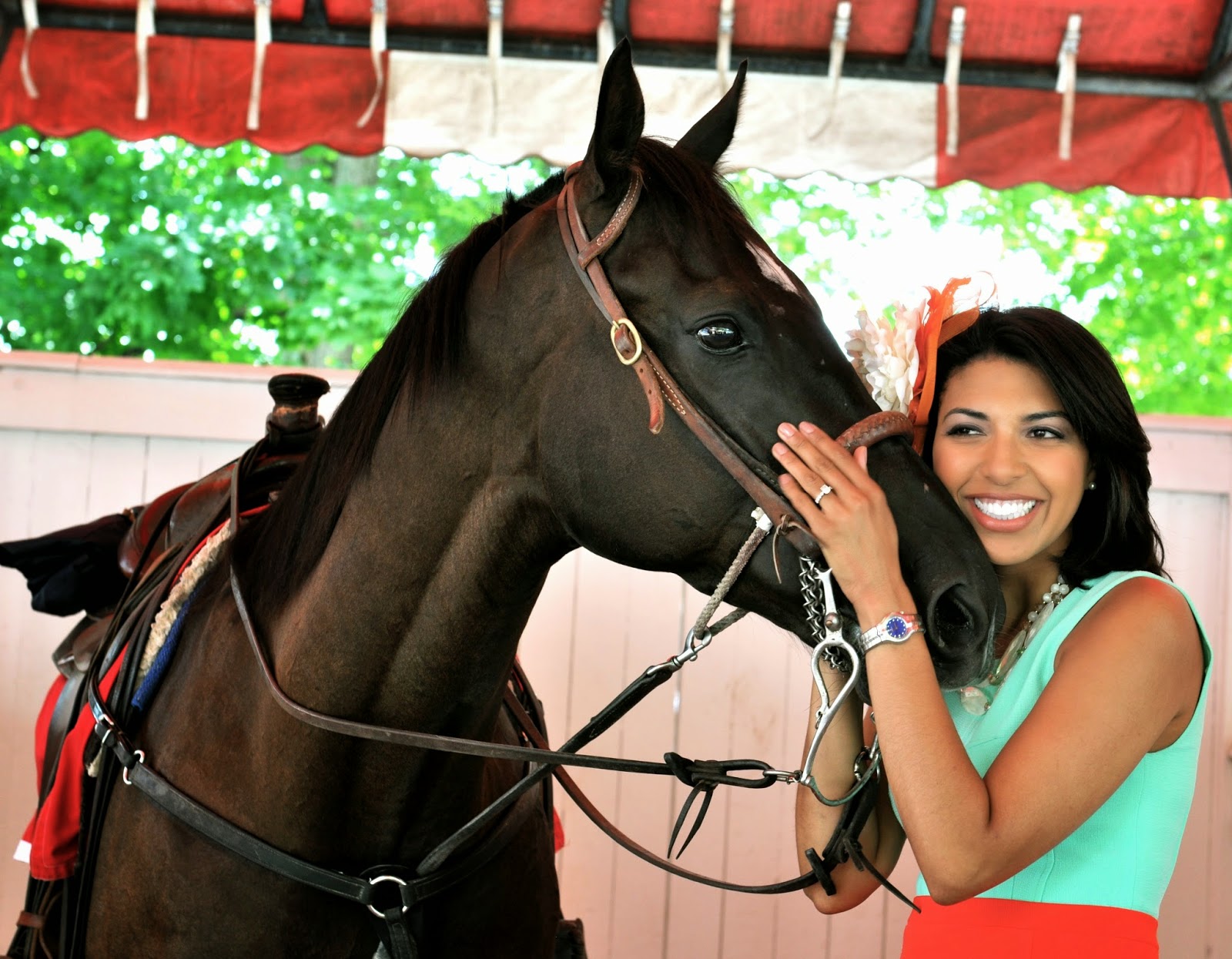 Those of you who are avid readers of Rue, know just how much I love cats. I’m crazy about them to be honest — truly smitten with their fluff and purrfection. Well, that same love and affection (only toned down a tad) burns for horses. My father had a connection to these majestic beings. He loved all creatures to tell you the truth, especially his parrot, but held a special place in his heart for horses. I wrote about this briefly in 2012 when I attended Newport Polo.

Naturally when America’s Best Racing invited me out to Saratoga Springs for a day at the race track, I said yes. I hadn’t been around horses since the polo match and was longing to be around their spirit and energy. I extended my invitation to a slew of my savviest friends. You didn’t think I’d travel three hours to Saratoga Springs without my style sisters from the big city, did you?!

So, on Saturday, August 9 at the crack of dawn, Troupe BOSatoga boarded a luxury coach from Boston with a videographer in tow. Why the cameraman, you ask? Well, Jordan Craig was sent to film our entire experience for a Jockey Club Racing Tour segment that aired the following evening on Fox Sports One. He also produced a video exclusively for America’s Best Racing. Brushing off my television skills and acting as a reporter of sorts, I was happy to help.

Our luxe coach was stocked with pastries fresh from Mrs. London’s in Saratoga Springs, juice, water and of course fuel in the form of fermented grapes. That’s right, wine courtesy of Boston-based Richer Pour. It’s never too early for an elixir, so we started the morning off like champs with rosé and chardonnay. Our journey called for a “powder room” pit stop and of course I  couldn’t help but ask Georgina to snap some pics of me in my chic navy jumpsuit…or is it a romper?! 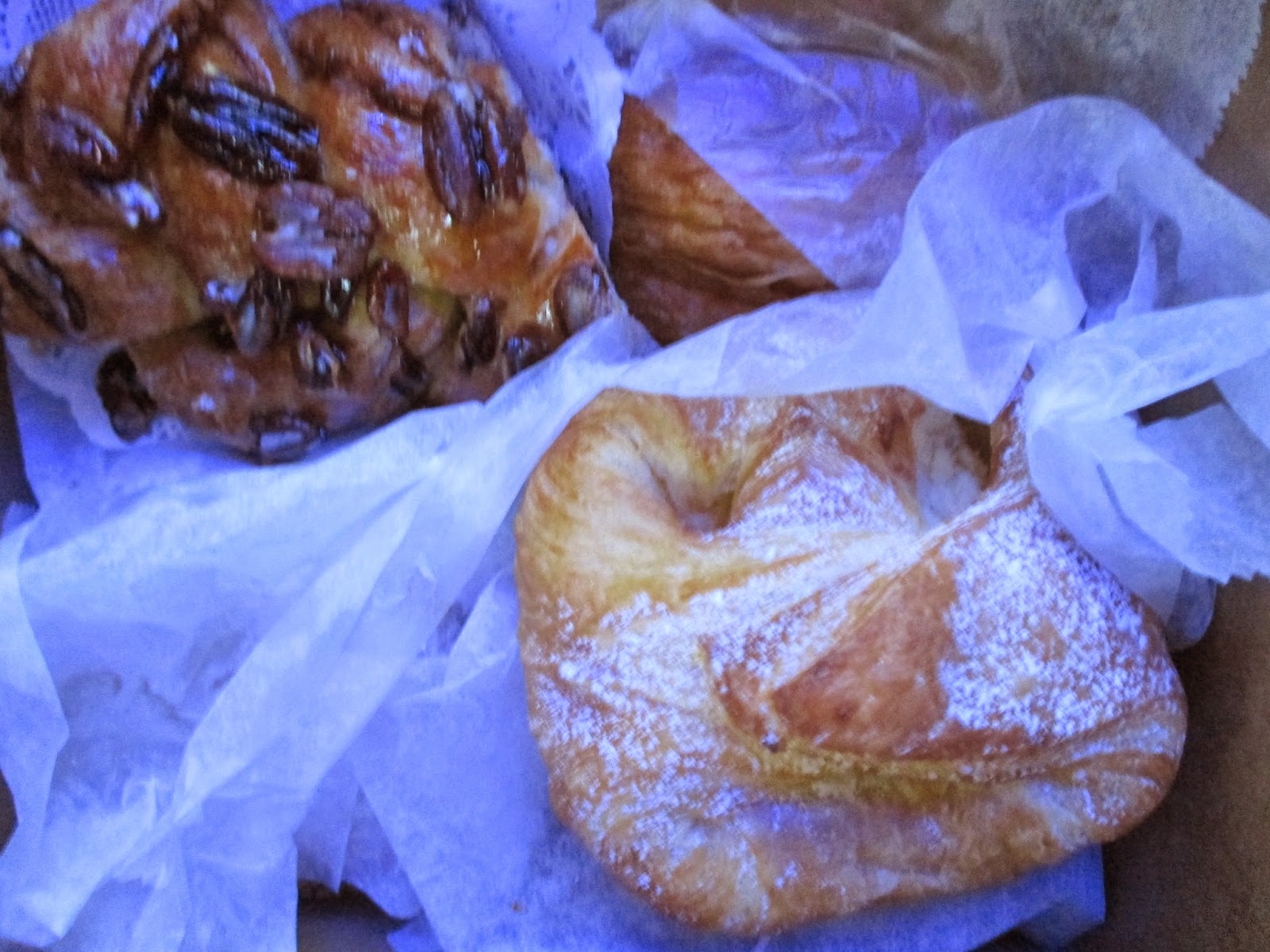 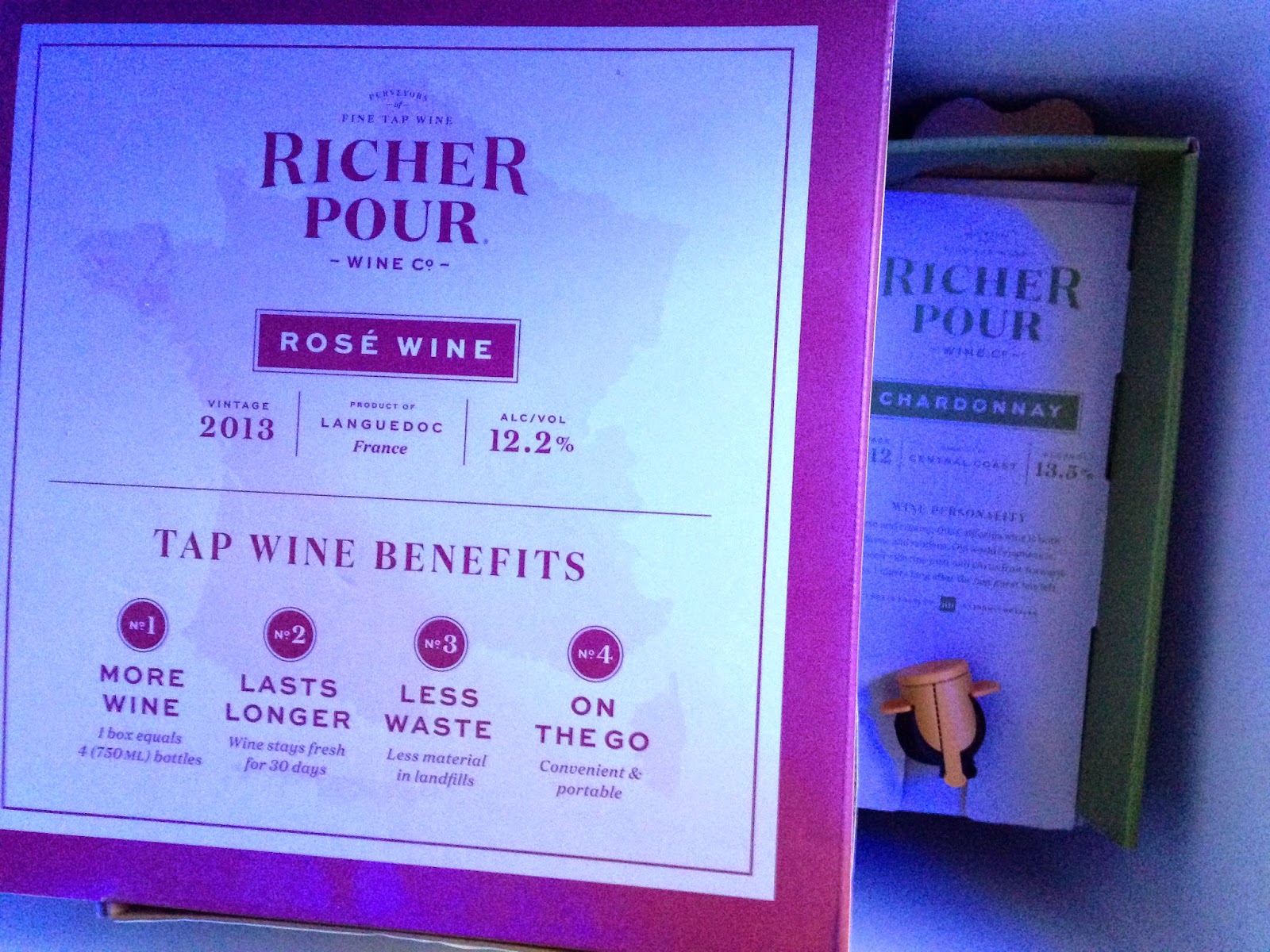 Upon arrival, we were welcomed with a gourmet brunch at Fasig-Tipton, North America’s oldest thoroughbred auction company. Our private dinning room overlooked the stables and had a darling mimosa and Bloody Mary bar on the outdoor balcony. Cocktails were made-to-order and brunch was a light and refreshing concoction of salads, fruits and petite sandwiches. Don Little, Jr., president of Centennial Farms, and Jimmy Jerkens, trainer for Boston-bred Wicked Strong, spoke to us about our hometown hero and their efforts to support Boston Marathon bombing victims through the One Fund. 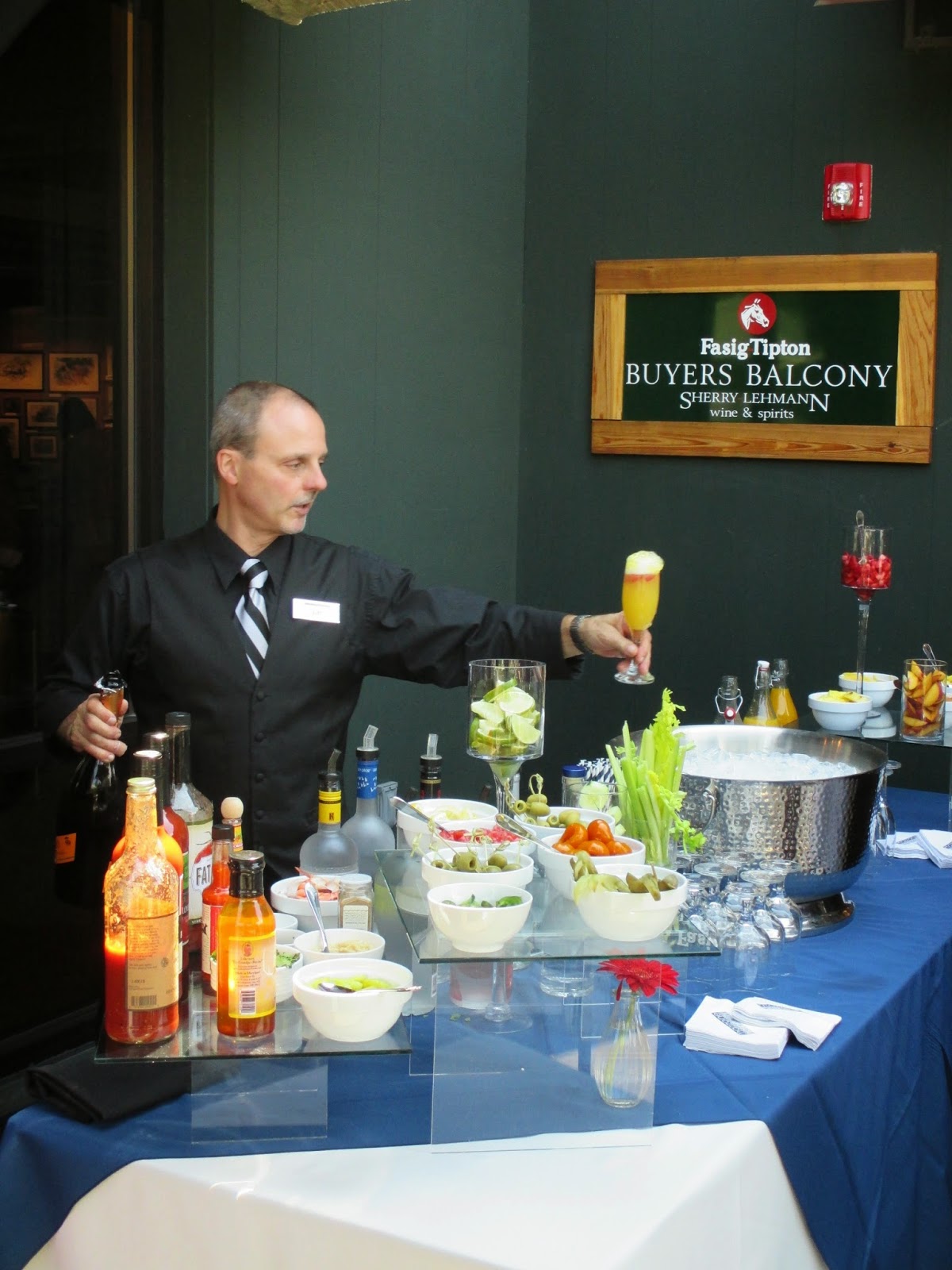 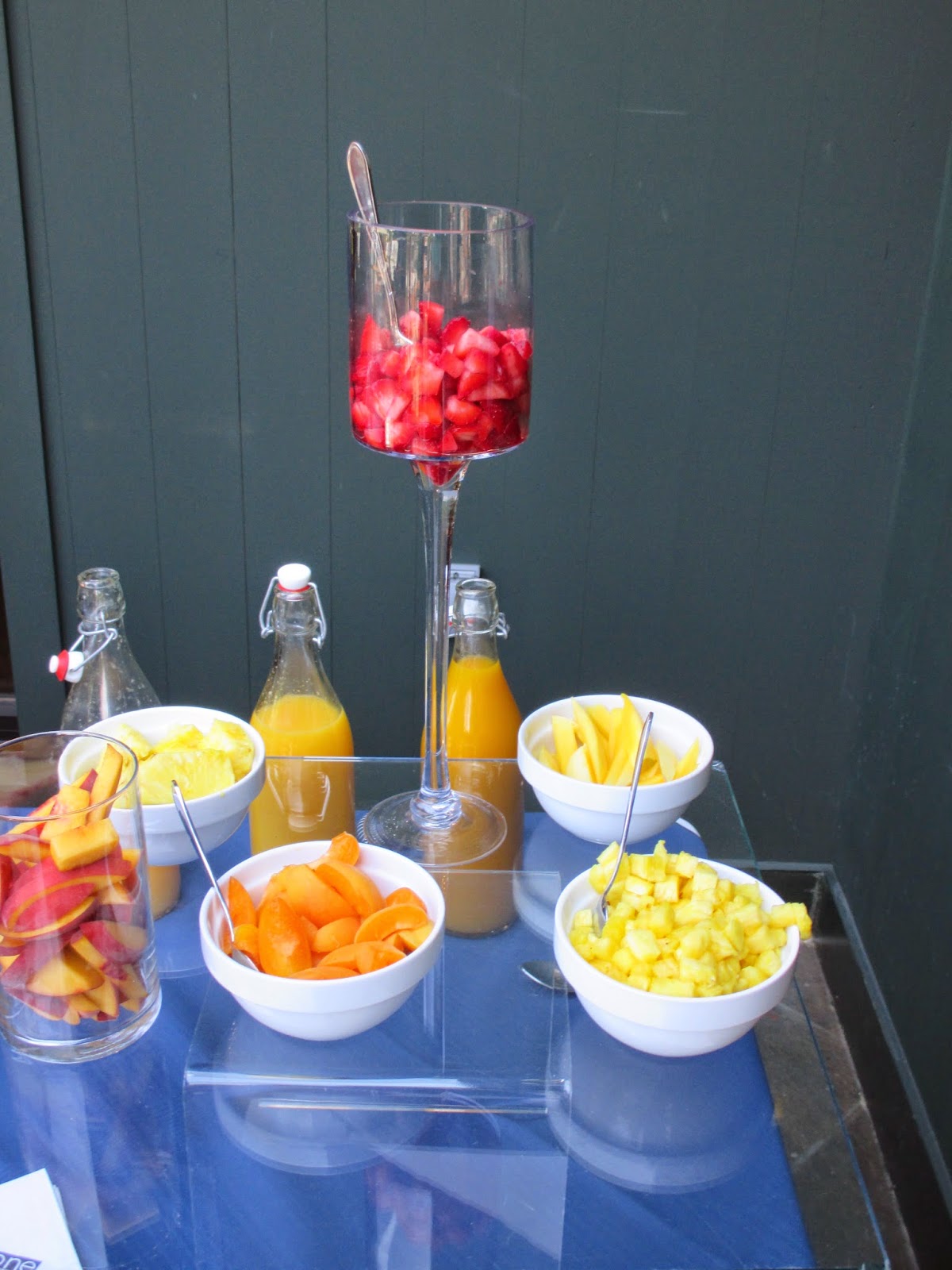 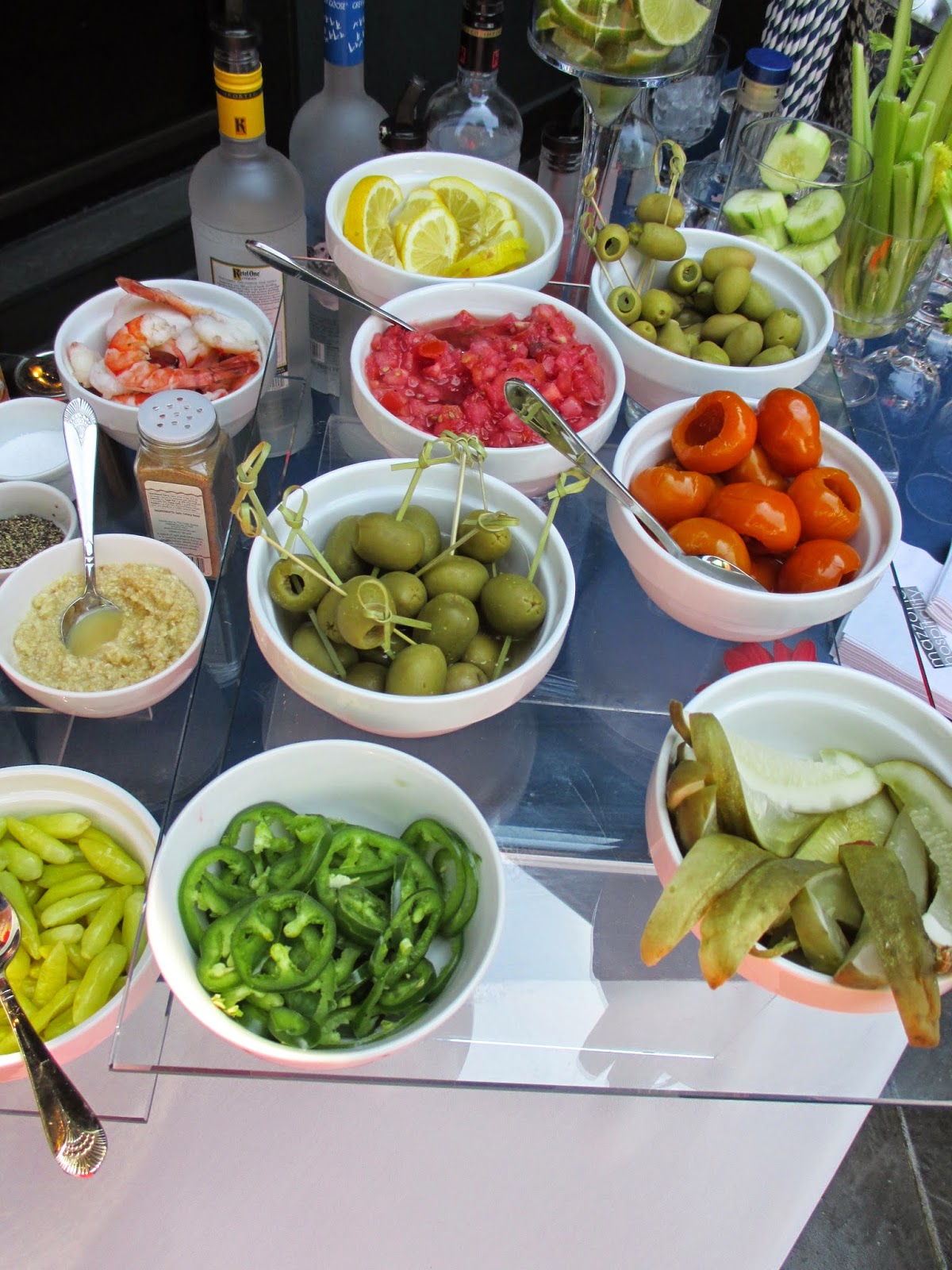 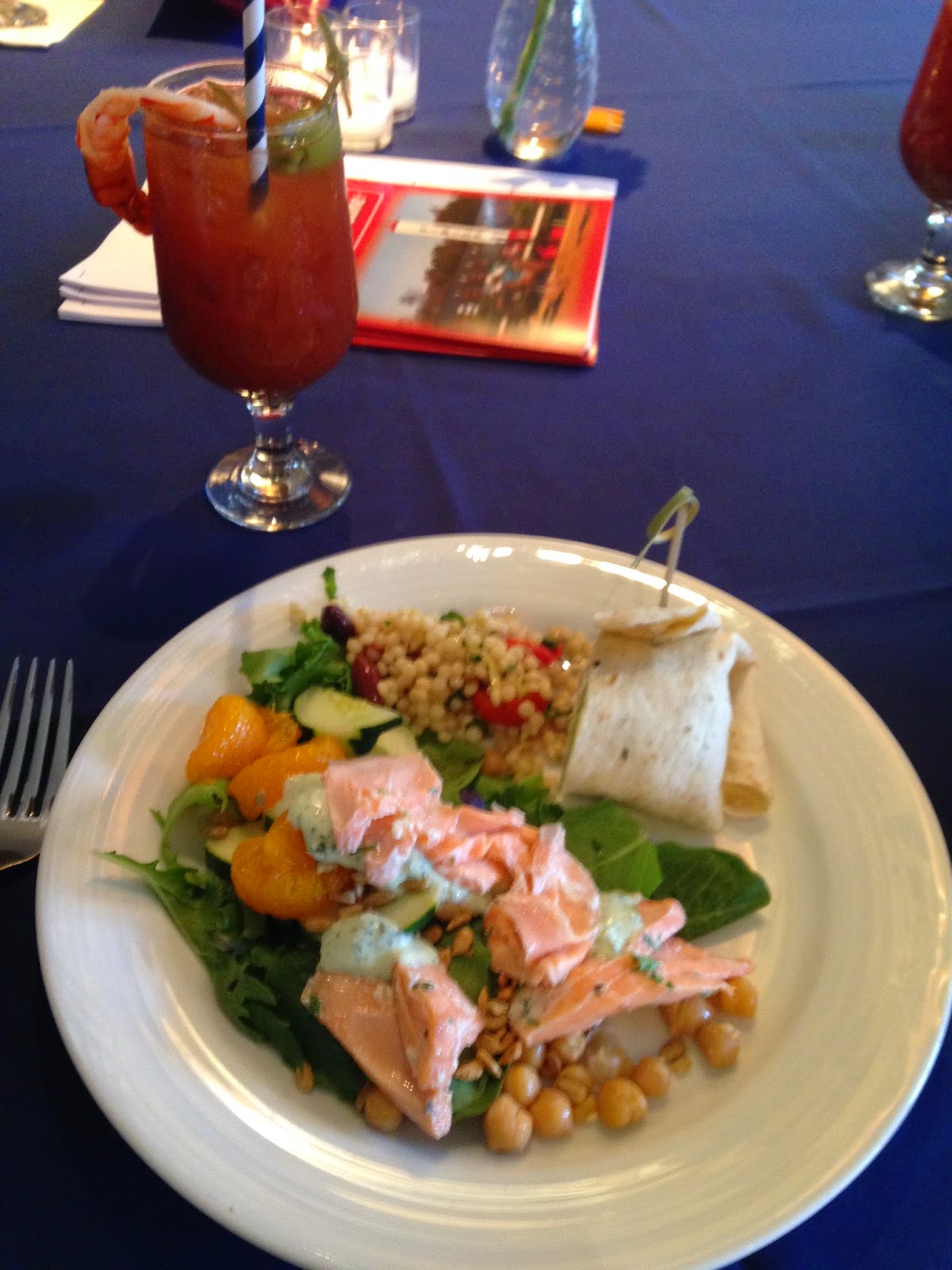 After a brief betting tutorial, the troupe took to the track. Onlookers were in awe as the fashion-focused females of Boston (clad in vibrant dresses, grandiose hats and eye-catching fascinators) seamlessly bridged the gap between style and sports in Saratoga Springs. Holly, the beauty and brains behind Holly Dolly, and I even won on our first bet.

I had so many memorable moments during BOSatoga so it’s difficult to name my favorite, but if I had to name only one, it was definitely meeting a three-year-old thoroughbred named Black Jack. The dark stallion never made it to the races due to an unfortunate injury, but had an aura about him that is hard to put into words. I know I’m going to sound like a mushy animal lover, but our connection brought me back to my horseback riding days with my father at Canton Equestrian Center. I swear, I’ll have to return for a ride one of these days. My moments with Black Jack were luckily caught on film, so I’ll have them forever.

A special thank you goes to Dan Tordjman and Victoria Garofalo of America’s Best Racing and Don Little, Jr. of Centennial Farms in Beverly, MA.