Chic of the Week :: Choupette Lagerfeld

This week’s Chic of the Week goes to the most fashionable feline in France (and frankly the world), Choupette Lagerfeld. I’ve been following the musings of this couture-loving cat for a few months. And I must say, they are brilliant. “Françoise, it’s time for my afternoon brushing! Fetch my brush. Meow,” Choupette tweeted on August 8. My darling cat Manolo, who bites after one stroke of a brush, could learn a thing or two from this pampered pussy cat.

As the posh pet of fashion extraordinaire Karl Lagerfeld, Choupette enjoys a lap (literally) of luxury filled with custom cushions, luscious lace, designer dishes, Goyard trunks and an iPad. This classy cat also has impeccable etiquette. She feasts on croquette and pâté and only dines on the table. Seriously, this cat is my hero.
Having scored a spread in i-D Online and feature in Harper’s Bazaar, Choupette’s fame doesn’t seem to have frolicked to her fluffy little head. According to Karl, Choupette enjoys “cat stuff” like hiding, jumping, destroying paper, chasing flies (in her private garden) and driving her two maids (Françoise and Marjorie) mad. It sounds pretty normal to me. Don’t all cats have a private garden and two maids?
Manolo now needs a pretty little pillow that says: Ici, c’est la place du chat. 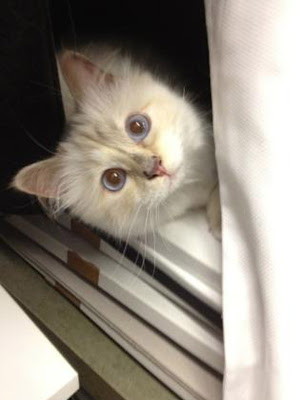 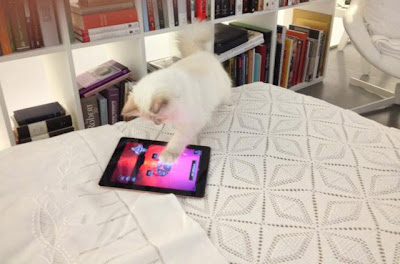 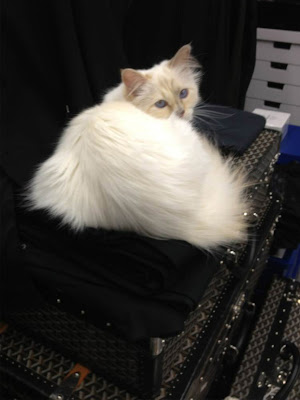 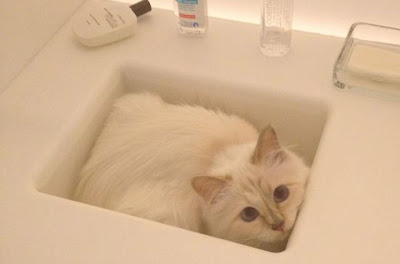 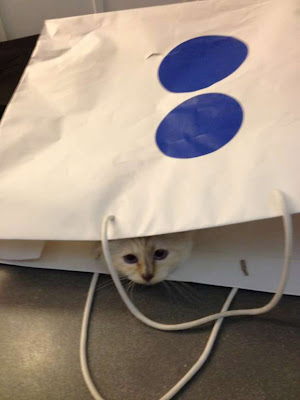