Chic of the Week :: Monopoly Cat

By Noelle Barbosa • February 8, 2013 • ANIMALS, CHIC OF THE WEEK, ENTERTAINING 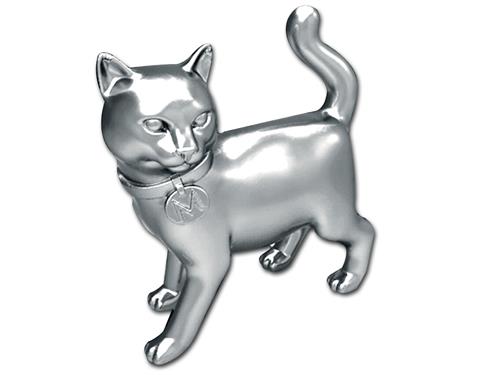 Cats and cat lovers rejoice. The newest member of the Monopoly montage and my pick for Chic of the Week is none other than the cat. So, move over Scottie dog because there’s a fierce feline in town set to pounce past go, collect $200 and construct a cat kingdom on Boardwalk.

Hasbro announced the winner earlier this week following a month-long Facebook campaign by the Rhode Island-based company where fans voted for which tokens to toss and which ones to treasure. The classy cat, sporting a chic collar with the letter “M,” clawed 31% of the votes and will replace one of the game’s original pieces, the iron. But there were other contenders competing for the prosperous post: a guitar, helicopter, diamond and robot. I mean who really wants a helicopter or even a diamond ring when the most glorious gem on Earth is a feline friend.

It’s not clear if Monopoly’s new cat is male or female and if he or she will be given a name. I would be happy to propose a few unique names to Hasbro — one of which is Manolo. I mean what better name for a precocious pet with a passionate purr and captivating coat. It’s certainly unique (when it comes to cat names) and it just rolls off of the tongue. In fact, the token cat is already wearing an “M” charm.

Monopoly’s new edition is scheduled to hit store shelves towards the middle of this year. Until then, Manolo will be anxiously awaiting its arrival. 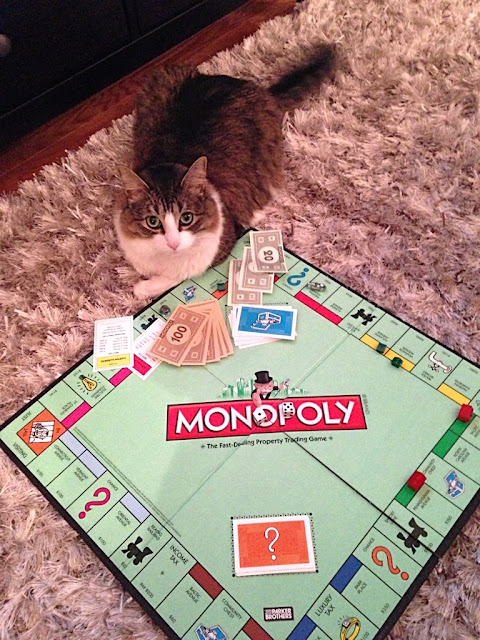