Saturday night I attended Boston Ballet’s Fall Program at the Boston Opera House. The season opener featured a trio of modern and spellbinding works created by three of the most cutting-edge choreographers in ballet. With a focus on modern movement and contemporary sound, Boston Ballet is aiming to show audiences, especially the younger generation, that ballet is not boring.

I grew up practicing dance and attending Boston Ballet performances with my mother religiously. For me, ballet (whether classical or contemporary) could never be boring. The artistry involves more than just graceful movements and men in tights. Ballet touches the soul and awakens the spirit. For those lacking an appreciation for the craft, I can understand how a fresh approach is necessary to help captivate a younger fan base.

With an opening number set to musical hits by the Rolling Stones, Rooster (choreographed by Christopher Bruce) is not your grandmother’s ballet. As a lover of classical ballet, I wasn’t sure what to expect from something set in the sexual revolution of the 1960s. As male and female dancers, clad in black, leapt to the lyrics of Ruby Tuesday and Sympathy for the Devil, I was in love and growing more enamored with each passing passé. My favorite performance from Rooster was Play with Fire. The female ballerina taunting her male partner with a red feather boa was an accurate depiction of the song’s sultry meaning.

The world premier of Awake Only, choreographed by the company’s resident choreographer Jorma Elo, was set to a score by Johann Sebastian Bach. The number was centered around emotional discovery and depicted one man’s journey of life and death. The Second Detail, choreographed by William Forsythe, closed the evening. Dressed in chic ice blue leotards, dancers performed a mix of modern and classical ballet to a synthetic and repetitive beat that drove the entire performance.

Boston Ballet’s Fall Program runs until November 4. Also on stage this season, a new and riveting version of The Nutcracker, Sleeping Beauty and Coppélia. Rethink ballet this season. 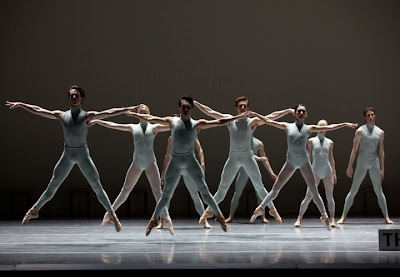 2
Botox & Blowouts at Leon and Co.
An Evening at La Galleria 33