Behind the Costumes at Boston Ballet’s Onegin

Raw, romantic and riveting are the choice words I would use to describe Boston Ballet’s Onegin. Just like when I was a little girl, my mother and I made our way to the theater Saturday afternoon to nourish our souls in art and history. Although attending Boston Ballet has been a mother-daughter tradition for nearly three decades, this was our first time experiencing the artistic grace and spellbinding emotion that is this tragic Russian love story.

The ballet follows Tatiana, a demure country girl infatuated with romantic novels, who falls madly in love with Eugene Onegin, an elusive aristocrat from St. Petersburg. Consumed by her wild fantasies with the debonair gentleman dressed in black, Tatiana declares her love for Onegin in an impassioned letter that he tears apart and mocks as an naïve outburst.
In the early 1960s, South African-born ballet dancer and choreographer John Cranko transformed Alexander Pushkin’s verse-novel, Eugene Onegin, into a mesmerizing three act production and pitched it to the Royal Ballet in London. When the acclaimed British ballet company denied his proposal, Cranko took his masterpiece to the Stuttgart Ballet in Germany where it premiered on April 13, 1965. The Royal Ballet would later debut the ballet, but not until 2001. In 1994, Boston Ballet became the first American ballet company to perform the work with subsequent performances in 1997 and 2002. 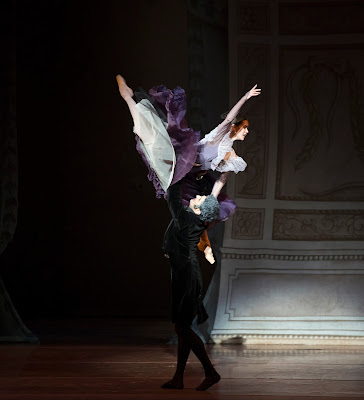 With fashion and style from decade’s past always top of mind, I couldn’t help but wonder about the origin of Onegin’s costumes. How and where were the fluid, pastel-colored dresses and aristocratic high-collared jackets created, I asked myself. To learn more about how Boston Ballet worked to emulate the grandeur that was imperial Russia in the early 19th century, I spoke with Charles Heightchew, manager of costume and design.

Heightchew, who learned to sew at a young age, has been overseeing Boston Ballet’s costume and design department for 16 years. This veteran couturier leads a team of nearly a dozen costuming professionals and admits what he loves best about his job is the visual beauty he and his team create on stage. 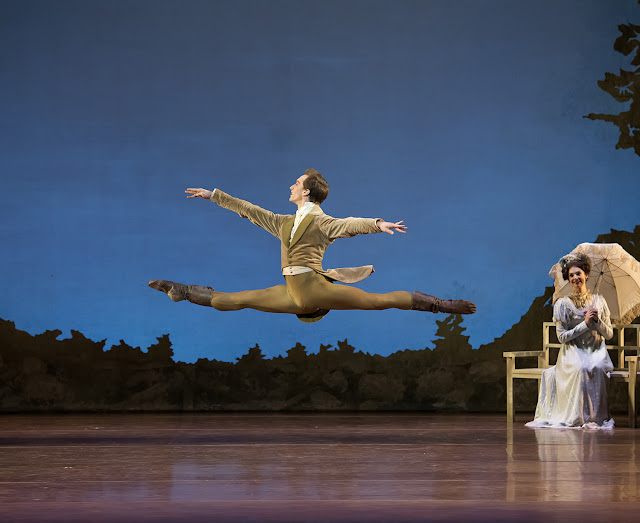 Boston Ballet’s production of Onegin is leased from Dutch National Ballet. From time to time, the Company will rent existing productions (which includes costumes and sets) from other ballet companies provided they’re in exceptional condition. Alternatively, Boston Ballet creates productions from scratch (Sleeping Beauty and Swan Lake are both Company originals) and loans them to other ballet companies. “It is a long term decision on whether we rent or create a production,” Heightchew said.

The dazzling set and elegant costume design audiences will savor on stage at the Boston Opera House is the work of the late Elisabeth Dalton, a visionary in the world of ballet and opera design. Onegin’s original set and costuming was created by acclaimed German designer, Jürgen Rose who collaborated with Cranko on numerous ballets including Romeo and Juliet.

With Act I and II set in the early 1820s, audiences will see men wearing slim waist jackets with enhanced lapels and collars while women bear clothing evocative of the long, loose fitting empire style of the Romantic era. “Women are in very light dresses. You will see very slim silhouettes without obvious corseting. The empire just falls from under the bust,” Heightchew explained. 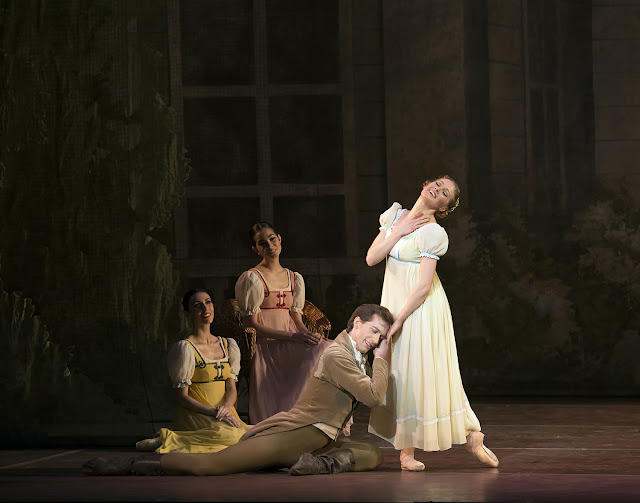 Act III opens a few years later when the Biedermeier style is quite prominent. During this period of economic impoverishment that lasted until approximately 1835, audiences will notice women are clad in corsets and full skirts that are dropped low on the waist while men’s clothing remains practically the same. Personally, this is my favorite act in terms of style because gowns are lavished with detail. The striking red dress Tatiana wears to a grand ball at the palace she shares with her husband, Prince Gremin, is a testament to Biedermeier. 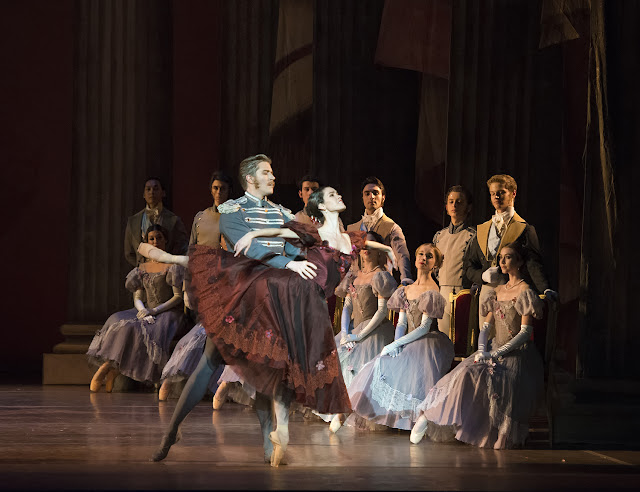 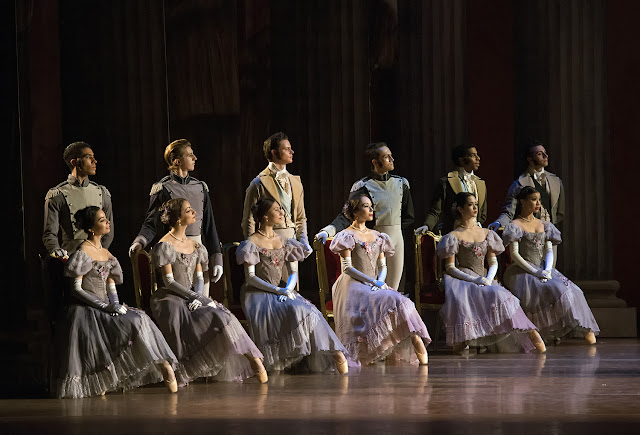 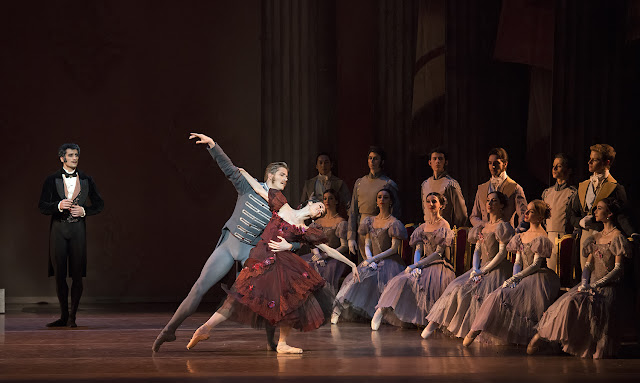 Boston Ballet’s Onegin runs until Sunday, March 6.
For tickets, click here and experience the art, history and style for yourself.
Photos // Gene Schiavone
My tickets were courtesy of Boston Ballet

Classic Valentine Gifts for Him
Chic of the Week :: Cate Blanchett in Armani Privé and Tiffany