Newport and Her Southern Sisters

Beginning this weekend, embark on an enchanting journey at Rosecliff as you explore the relationship between glitzy Newport, Rhode Island and the aristocratic American South. From New Orleans, Charleston and Baltimore to Virginia’s fabled plantations and the winter playground of Palm Beach, relish in never-before-seen gowns, portraits, and furniture from a storied past. I live for this kind of history and looking forward to my visit later in the fall.

The exhibit tells the tale of a war-torn history filled with wealth, romance and breathtaking fashion in four chronological chapters: the colonial period (1492 to 1763), the antebellum period (1789 to 1849), the post-Civil War era (1865 to 1877), and the Gilded Age (late 19th century). Revel in the mansion’s newly upgraded gallery space where this collection will be on display and survey items hailing from several Preservation Society properties, as well as loans from the private collections of families with ties to both Newport and the South.

“The close bond between Newport and the South – through trade, tourism and marriage – didn’t stop with the Civil War. In fact, Southerners like Alva Vanderbilt and Ward McAllister helped define Newport as the Crown jewel of Gilded Age society,” Dr. Laurie Ossman, Preservation Society Museum Affairs Director, said in a press release.

Newport and Her Southern Sisters: Three Centuries of Art and Design is on display through January 3, 2016. 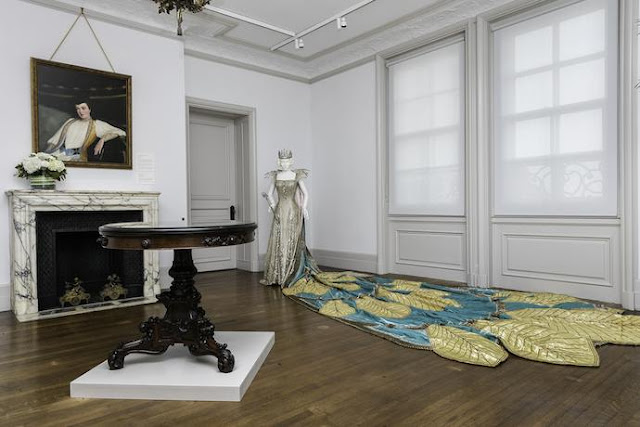