My Day at Blo

I was invited to the preview party at Boston’s first blow dry bar, Blo. A pink carpet led me from the tree-lined streets of the South End into a haven for hair. Surrounded by neutral walls, white shelves and pops of pinks, the space was modern meets minimalist chic. I had been looking forward to my first blow dry bar experience since speaking with owner, Gina Gesamondo earlier in the week.

A North Shore native and former South End resident, Gesamondo was introduced to Blo in Los Angeles three years ago. The no cuts, no color concept was started in 2007 with the motto: Just WASH BLOW GO. Gesamondo had always hoped Boston would get Blo’wn away. But when the city never did, she made it happen.

Gesamondo, who has always had an affinity for beautiful hair, worked in the technology and recruiting field prior to opening Blo. She began training with the company’s corporate team last year. And today, the first-time business owner has finally brought her vision for beautifully blown bobs and perfectly perched ponytails to Boston.

“I don’t want people to think this is cookie cutter just because it’s a franchise,” Gesamondo said. “I have a lot of creative freedom. I want everyone to walk out feeling amazing and beautiful because life is too short to have bad hair.”

I met my sassy stylist, Blake, and was immediately offered a champagne cocktail (courtesy of Stephi’s) and cupcake. I could get used to this, I thought. As I sipped on bubbles, I browsed the hairstyle menu. Blo had seven sexy styles to choose from (one for every day of the week), so one could literally live there. I was beginning to think I could, too. Being the indecisive individual that I am, I decided to blend “Red Carpet” with “Holly Would” for a feminine and flirty finish.

I have to admit, I was a little skeptical about allowing a complete stranger to tame my curly tresses, but Blake certainly proved his professionalism. And although the day’s humidity was a bit of a hazard to my hair, I was pleased with the end result.

Blo Blow Dry Bar is located at 437 Columbus Avenue. Let them Blo you away. 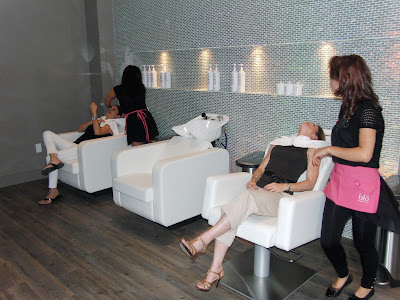 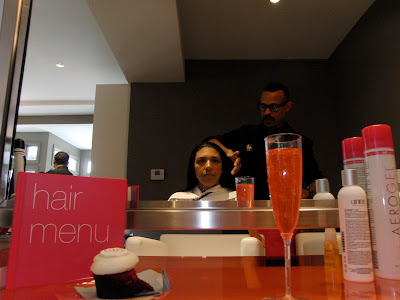 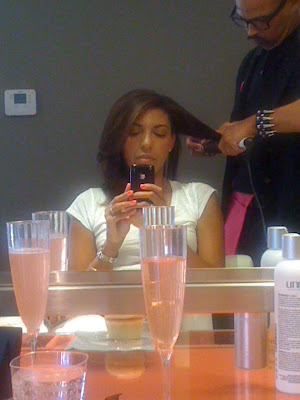 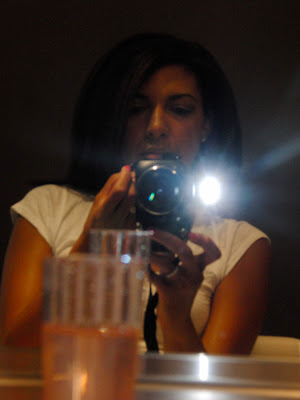 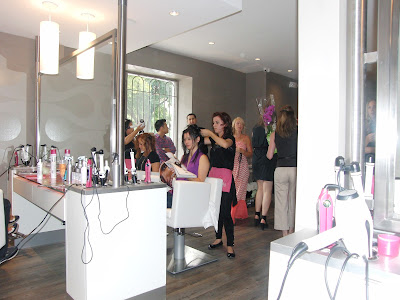 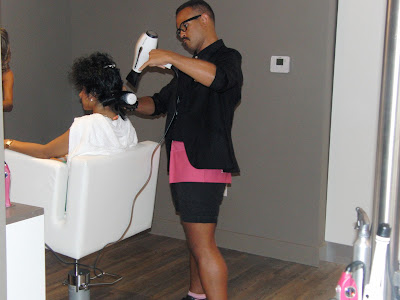 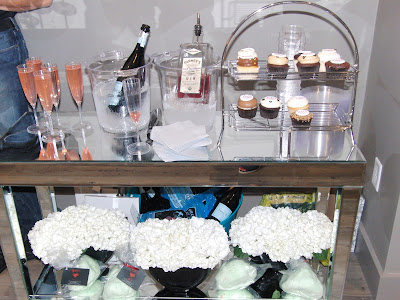 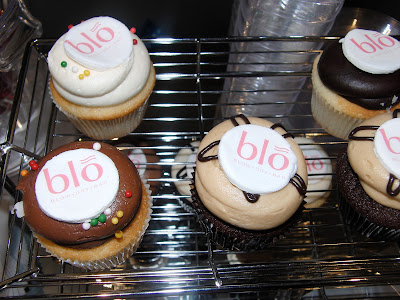